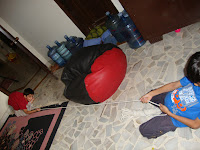 “We read books and people come, then  we eat snacks. Ummi and Aunties read books and Isa reads books os-so (also), we pull a rope  (tug of war) and then Isa sits on the stone and everyone sits on it. They play cricket.
Last time I did something, I put so much water in the volcano, the red-red came out.  Little, little water came from the other volcano. “— SBAP 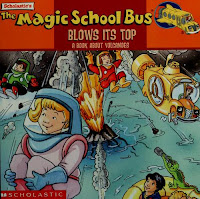 “First we read a book about a volcano and the Magic school Bus. Then we went in the balcony and then Ummi took the picture of the volcanoes. Then everyone picked the volcanoes and put on the side where there was no sun. Then everybody put water, soap and other things in the volcanoes and then the lava came out. Ours started leaking after a few times. Then some fell on my clothes.”—HBAP 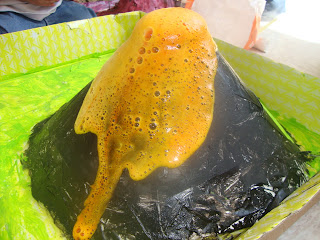