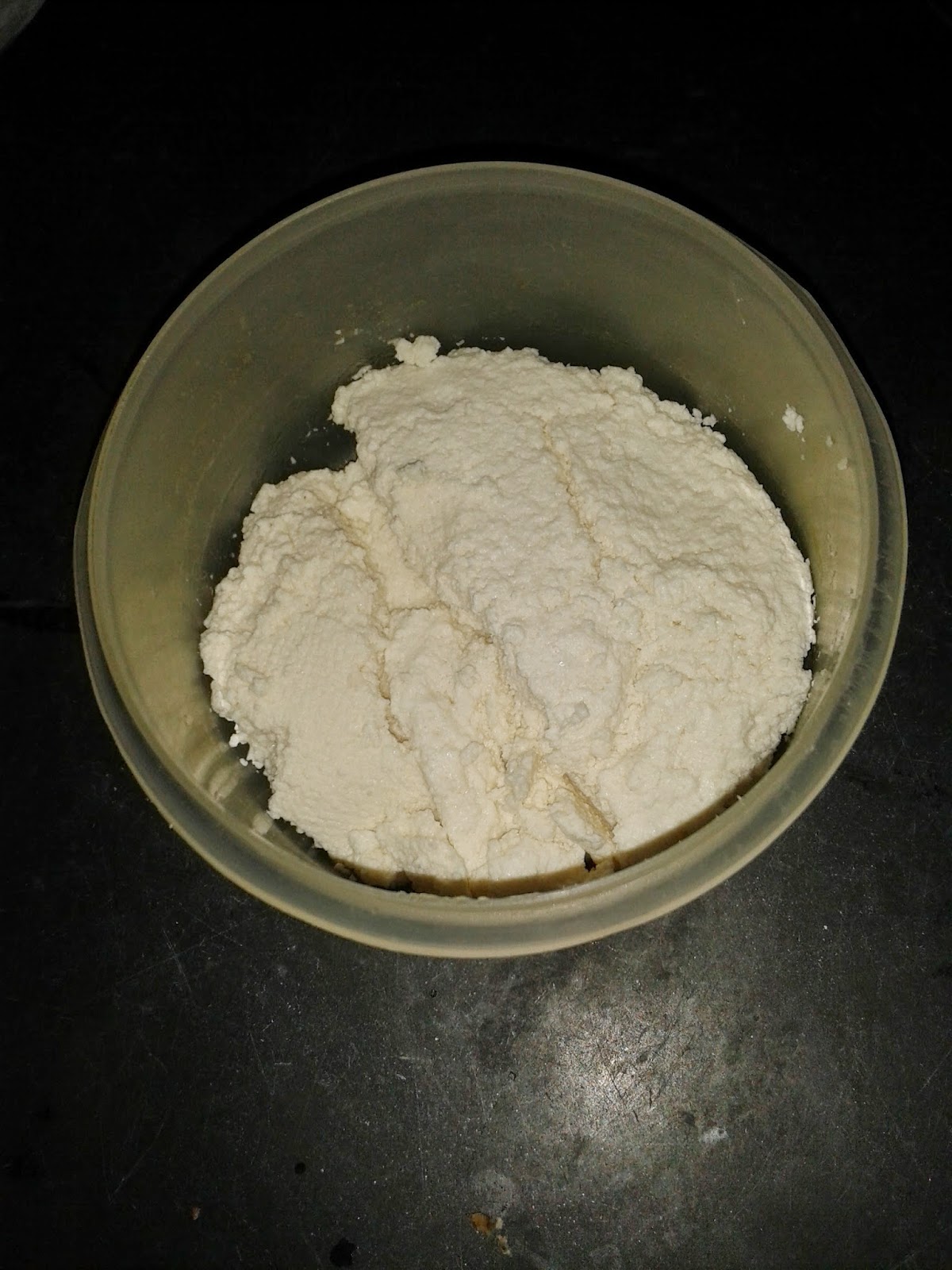 Abbi was asked to give a short talk introducing home education, at a seminar titled 'Rethinking Education'. Interestingly it was held at a school and the audience consisted of teachers and educators representing various schools. Though the talk was short it presented an alternative to conventional means of education. (Jazakullah Khair Umm Ayman for providing the slides)  Enjoy!


AIM:
To build a simple block and tackle and a pulley with hangers and investigate how they work and which is easiest.


METHOD:
First we used the paper cup and yarn to make a bucket to hold our load.

Then we made the Block and Tackle with two hangers, some yarn and tape; we tied one end of the yarn to one hanger and taped it in place. Then we wound the yarn around both hangers and held on the the other end of the yarn to pull. The bucket was attached to the lower hanger.

The second pulley was made by attaching the bucket to one end of the  yarn and looping the other end over the curve of the hanger.

2.Why?
It could be pulled more easily.

3. Did both pulleys need the same amount of force to work?
No, the block and tackle needed more force to move (it was difficult to use too).

4. Which needed more force?
The Block and Tackle.

5.Why did it need more force to lift the load?
The yarn had to move over more distance to work and had to the lower hanger as well.


(Design of Block and Tackle taken from :Wheels, Pulleys and Levers"  pulished by Pustak Mahal, India) 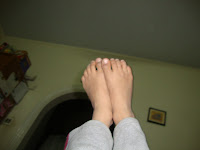 -ZBAP  (2yrs) has proved to be a natural story teller, Masha'Allah, his stories often incorporate our current events, lately his stories include cows and goats, other than his usual stories of "guy on a motorcylce", "falling down from the ladder', electric guy (electrician), "plumbber" and sharks and whales (after watching "Free Willy"). Though his stories border on violent and tragic, he himself does not like loud noises of scenes of violence in programs, he labels them as "noisy noisy, scary" and leaves the room.
Posted by Umm_baps at 10:51 PM 2 comments: 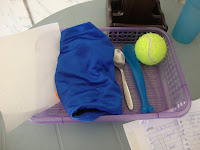 METHOD:
A piece of electric tape was taped to the ground to mark the place from where the objects would be thrown. The objects were thrown one at a time. Then we measured how far it fell. We tried to exert the same force for each object. 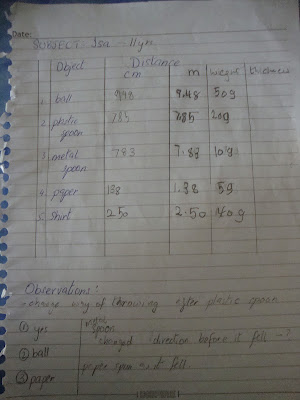 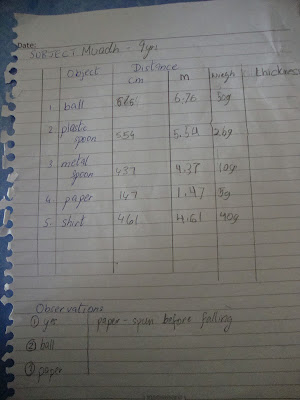 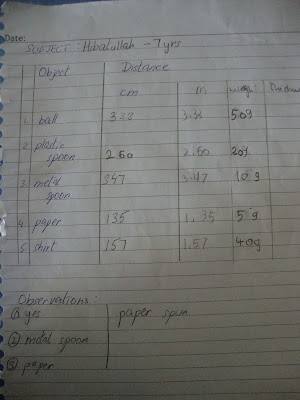 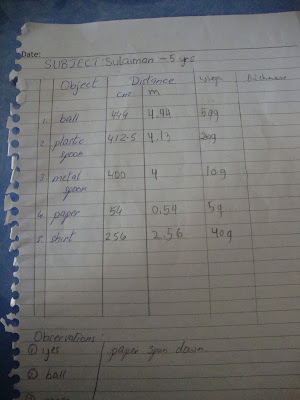 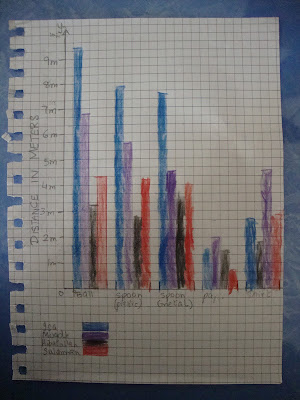 - Paper is light so it did not fall far and often spiralled to the ground.

CONCLUSION:
We learned that the smaller an object is the further it goes. The distance an object falls is determined by velocity/ speed, shape and size of the object (Air Resistance.)
Posted by Umm_baps at 1:58 AM 2 comments: 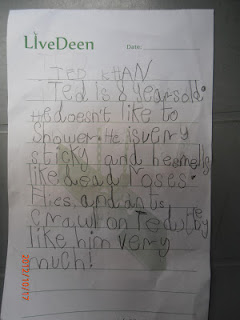 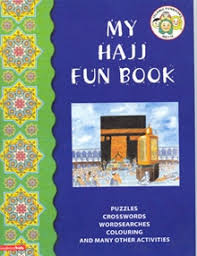 Khan Academy is not a new resource for most homeschoolers and now many a school uses it too. Interestingly some teachers actually assign watching the videos it offers as homework to explain math concepts and later homework worksheets are worked out in class.

For the younger BAPs watching the videos is fun and attempting the practice exercises online is exciting. Online stickers provide incentive to keep working at those concepts they are struggling with as well as attempt new concepts. IBAP and MBAP are reviewing old concepts and compete with one comparing each other's progress. Insha'Allah we hope they will continue progressing to new concepts of math using this program too.

Earlier I was worried that HBAP (7yrs) would find "place value" a confusing concept, but Alhumdulillah through Khan Academy she found it easy to understand and was eager to repeat the exercises several times even though she attained proficiency level at the exercises in her first attempt. She found the concept of adding two digit numbers simple too, after watching Salman Khan's simple explanation of it. 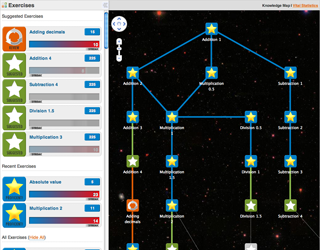 Alhumdulillah Khan Academy allows me to designate my children as my students and monitor their progress. It's flow charts guide us to which concepts to tackle once the current one is achieved and allow the children to evaluate their progress as well.

We plan to use it to revise Algebra concepts with our two teens (who are busy with Quran memorization and don't have enough time to spend on academic study) and then move on to other avenues of arithmetic as well Insha'Allah .