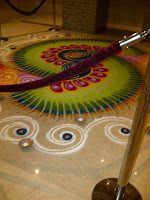 Alhumdulillah IBAP had the opportunity to visit Malaysia with Abbi in October. It was a two day stay, and here are some of the sights IBAP would like to share with you:

. Masha'Allah the Rob-Arts classes went very well. We each made a remote control car with six volt batteries ,motors ,wheels ,wires and wood. Personally it wasn't that easy but we did it. We needed some help in making it. Like for example we needed help in making most of the holes (some holes were still made inaccurately so Sir felt that he should have made the holes and then  given it to us). We also learned how to design the model of a robot on the computer and how to use a drill correctly.

The class required more time than was scheduled but it was fun. I look forward to attending more workshops if Rob-Arts plans to hold more.

QBAP has just joined an equestrian club near Boat Basin. Run by a couple who own the horses and have a passion for them (even their little son has a horse of his own) the atmosphere is friendly but professional. The dress code is strict: trousers or jeans must be worn and boots or joggers for foot wear. Each member must carry a whip and wear a helmet which they can buy from the club if they desire. New members are run through beginning exercises and their pace is increased as they overcome their nervousness and show confidence in directing the horses. 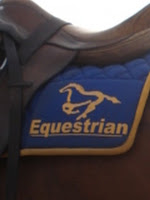 In his first lesson QBAP was really nervous on seeing the horses but once he got on he loved the feel of the horse under his hands. His first horse was a brown mare named Starlight who was an easy ride and seemed sweet tempered, unlike the horse of a more experienced rider near them who seemed keen to have his way. The horse Badshah  seemed to want to live up to its name but the young girl upon him managed to check him whenever he tried to wander away from the rest of the class.

QBAP has learned to use a whip and to direct a horse in his second lesson. Sunshine was a pale brown horse and was irritated by a fly buzzing around its rear end, which made the horse a little frisky. Regardless, Alhumdulillah, the lesson went smoothly.The instructors stated that QBAP listened and followed their instructions quickly and well and hope to start him on trotting in his next class insha'Allah.

For more info on Equestrian look up their Facebook page here http://www.facebook.com/EquestrianKhi 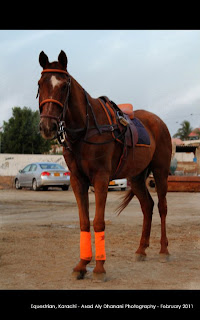 An update; ABAP has now completed memorizing 10 juz of the Quraan. We make dua that Allah SWT makes it firm in his memory and his heart. He will now be revising the previous juz in class before proceediing futher, insha'Allah.
Posted by Umm_baps at 8:25 AM No comments: