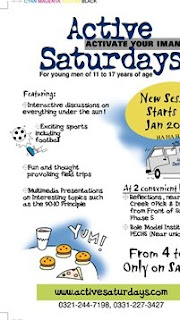 Abbi, Abdullah, Isa, Muadh and I to the Active Saturday’s Night Out. First we prayed  4 rakah taraweeh. Abdullah led 2 rakahs. Then we had pizza for dinner. After that we had a video/lecture  about Salaat by Asim Ismail, for one hour and then one hour ‘chill time’.  Next we were given time to prepare and present our role plays.
There were three groups; the kids in the first group were given the topic ‘Showing Off’, the second was given the topic “Brotherhood” and the third group’s topic was “Overeating".  I was in the second group with Muadh. Abdullah and Isa were in the third group.
The first  group’s play was only a minute long and all the members of the group did not get a chance to perform.The second group’s play (ours) was longer and every member got a chance to participate equally.
The third group’s drama was also long and funny.
At first the judges were going to call it a tie between group one and two,  but they were informed that the rules did not allow that. So group two was declared the winner because even the younger members played a large role in it.  The prize was gift vouchers to Snack Attack for each participant.Later we had time to play and rest, followed by 4 rakahs taraweeh and witr.  A talk was given by Faraz Chacha about Emaan.
Sehri was keema, eggs, paratha and leftover pizza. After cleaning up Fajr was prayed at Rohail Kand Masjid.
Posted by Umm_baps at 6:27 AM No comments:

3rd Ramadan 1432
Alhumdulillah we are happy to bring this news story that ABAP has completed memorizing another juz. The class now no longer wears badges with the para no. on it Alhumdulillah. As is class custom, when a student completes a juz he brings something tasty to share with his teachers and classmates. As we are in the month of Ramadan he plans to offer his class mates a gift of Miswak insha'Allah. 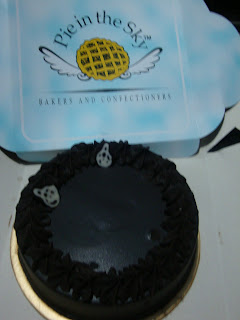 As for his family he brought home this Mousse cake, which has prompted us to put together a list of cakes too sweet to eat and to be avoided unless our blood sugar level is dangerously low- Mousse cake will be just below Death By Chocolate (an experience we survived but rather not repeat).
Alhumdulillah we are grateful that Allah SWT has helped ABAP attain this, may He make the rest of the course easy for ABAP and guide him to give the Quran its right and follow it and make it a source of reward for him in this world and the hereafter. Aameen.
Posted by Umm_baps at 10:03 PM 2 comments:

Microscope adventures: The Scope of things

Be it a microscope, telescope or even a kaliedscope, these tools help us see the world beyond the obvious and making us conscious of how limited our personal observations are. Being inspired from a link in our Usborne book of Microscopes, the children photgraphed closes ups of everyday objects, can you guess what they are?
﻿
﻿
﻿
﻿
﻿﻿
﻿﻿﻿﻿﻿﻿﻿﻿
﻿﻿﻿﻿﻿﻿﻿