A lot has been going on with the Pirani boys over the last few weeks and here's a brief update:

The elder four BAPs had their first Tae Kwondo Belt test at RMI. The judges were Tae Kwondo masters of 8dan caliber. The children were surprised long beards and heavy builds but were in awe of them when they demonstrated their skills ( kicking up high and powerfully at various targets).

The children themselves were asked to demonstrate various manovers based on which they were awarded points which would determine their promotion to the next tae Kwondo level (from white belt to either Yellow Belt jr, of Yellow Belt Senior). 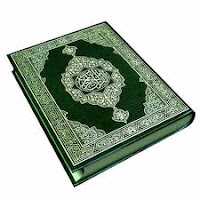 2nd International Conference on Islamic Business 2012
This conference was held in Islamabad, where Abbi was a delegate, and accompanying him was MBAP. This opportunity gave MBAP a chance to observe grown ups at work, he listened to them talk, played with his toys when he was bored and Masha'Allah kept himself busy though he had no one to attend to him (he was the only child present too). He had the opportunity to watch people behind the camera as they taped interviews with some of the delegates, Masha'Allah as he moved around or sat at a back seat, none of the grown ups seemed to mind, but they did take note of him, one of the delegates announced that there was a child amongst the audience whose manners had impressed him and MBAP was called up on stage and given a delegate pack which all the adults had received earlier.
MBAP was also present at a gathering of parents who wanted info about homeschooling where Abbi had been invited to give a talk. He said he found it interesting but he didn't learn anything (new) ! 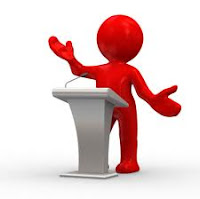 RMI conducts a bi-weekly Public Speaking session in the evenings. The topic of the forth coming session is announced at the end of each session. Students of the Hifz program are also chosen to participate. ABAP was chosen to participate in the last session. The topic given was "Adl aur Insaaf" (Justice and Fairness). Alhumdulillah ABAP prepared for the speech by firat looking up the meaning of the term Adl from an English copy of Maroof ul Quran, then went to one of the class Qaris for the relavant Ahadith and spent some time with one of the admin men at RMI for further consultation, then sat down to write his speech in URDU! (not an easy task for any of the BAPs).

ABAP admits that he was nervous when he was called upon to give the speech,  the judges lauded his efforts saying that though it seemed he was flailing at first he grew in confidence as he continued and ended well Masha'Allah.

Masha'Allah its been a busy month for the BAPs and they have had a lot of interesting experiences to share too.