Umm Uzair conducted a workshop on shadow puppetry for Hibakidz magazine. She invited some of the Book worm club members to be her assistants. IBAP (10), MBAP (8) and HBAP (5) were amongst them. 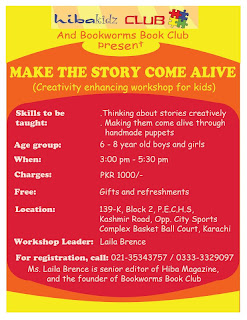 The following is a brief account of the occasion:

IBAP;
We went to Hafsa Aunty's house to help Laila Aunty with her work shop. She was conducting a work shop on Shadow puppets.

32 participants were at the workshop. They were told to sit in 4 lines. Laila Aunty read the story of  the Prophet Yunus (AS) I played the part of the whale in the show.
After the puppet show we helped the participants make their puppets. They also did a puppet show. We were given a snack to take home.
It was a good experience. It was hot that day but i still enjoyed the experience.


MBAP
I volunteered to help at Laila Aunty's shadow puppet show workshop .There were lots of children. I monitored the children as they made their pupppets. After Laila Aunty read the story of Younus (AS) we played our puppet show about it.I was the puppeteer for a sailor and a boat. I had a lot of fun. 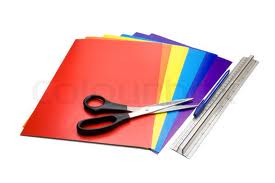